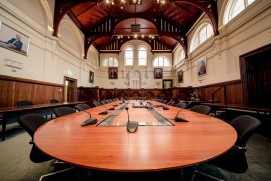 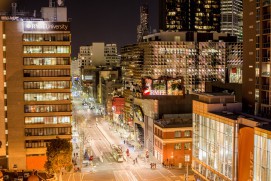 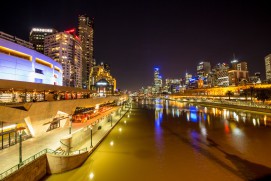 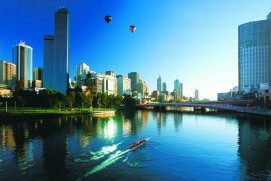 RMIT is a global university of technology and design and Australia's largest tertiary institution.

The University enjoys an international reputation for excellence in professional and vocational education and outcome-oriented research.

RMIT is a leader in engineering, accounting and finance, computer science and information systems, communication and media studies, psychology, education, law and economics.

RMIT has three campuses in Melbourne, Australia, two campuses in Vietnam and a centre in Barcelona, Spain. We also offer programs through partners in Singapore, Hong Kong, mainland China, Indonesia, Sri Lanka, Belgium, Spain and Germany, and we enjoy research and industry partnerships on every continent.

RMIT’s three Melbourne campuses are home to a dynamic and thriving student population. From the hustle of Melburne’s CBD to the buzz of Brunswick and the tranquility of Bundoora, each offers a unique and inspiring learning environment. Cutting-edge facilities, including the Swanston Academic Building and Design Hub, represent RMIT’s commitment to developing world-class learning, teaching and research spaces.

Situated on Swanston Street, the City campus has been an iconic part of the Melbourne CBD for more than 100 years. The campus is surrounded by cafes, galleries, theatres, restaurants and parks, and is easily accessed by public transport. Melbourne Central railway station is convenient to most campus buildings, while a number of north-south Yarra trams run up and down Swanston Street.

Brunswick is where multicultural Melbourne meets its creative soul. The campus is home to around 3000 students and to many of RMIT’s design-related programs, including fashion and textile technologies. Getting to and from the campus is easy. Jewell railway station, on the Upfield line, is a short walk away and the number 19 tram runs from Elizabeth Street in the city to the campus.

Situated in the northern Melbourne suburb of Bundoora, this campus is home to many of RMIT’s education, health, and biomedical science programs. The campus features state-of-the-art learning and sporting facilities, and is surrounded by amazing bushland and parks. There is plenty of parking on and around campus, and it is well serviced by tram and bus services.

Gain experience in all aspects of TV radio and print media:

Jason Wood, current Member of the Parliament of Australia

Dennis Jensen, current Member of the Parliament of Australia

Bruce Billson, current Minister for Small Business in the Parliament of Australia

Robert Ingpen, illustrator and writer; designed the flag of the Northern Territory and many Australian postage stamps

Leigh Whannell, filmmaker; created and acted in the Saw films