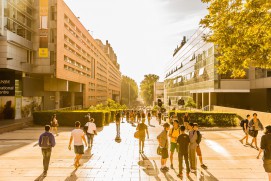 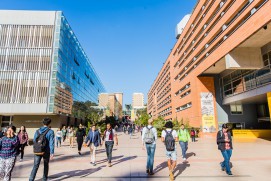 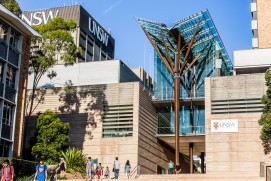 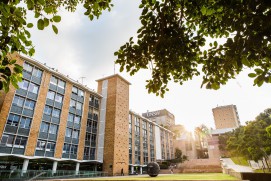 UNSW Australia (The University of New South Wales) is the destination of choice for the best from Australia and all around the world. Being the home to the highest-achieving students, the experience and possibilities that we return to our graduates are endless. We are a university that differs with our approach to education and we understand the importance of communicating with industry. Standing strong but not still as our tagline 'never stand still' promotes, we are a university with connections. Being a founding member of the prestigious Group of Eight – a coalition of Australia's leading research intensive universities and various other elite international groups such as APRU and Member Universitas 21, it is no wonder UNSW was the first Australian university to be awarded five stars in the new QS Stars rating system, which measures performance against international benchmarks.

UNSW has all the evidence to prove the quality of graduates: it was awarded more five star ratings than any other Australian university in the 2014 Good Universities Guide for various graduate outcomes including 'getting a job', 'starting salaries', 'student to staff ratios' and 'positive graduate outcomes'. Research by Leading Company 2012 found that more of Australia's top CEOs who lead ASX100 companies studied at UNSW than any other university.

Students at UNSW benefit from studying with some of the brightest and most inspiring academics in the world, as well as having access to outstanding sports and social facilities. Our dynamic campus supports over 13,000 international students and offers more than 200 exchange opportunities around the world and strong scholarship support. With almost 5,000 on-campus residents this active 24-7 community is characterised by an environment with contemporary study spaces and a vibrant piazza-style campus life minutes from the shores of Sydney's best beaches and the CBD.

Our main campus is located in Kensington. Other locations include the College of Fine Arts (COFA), located in the inner-Sydney suburb of Paddington, and UNSW Canberra at the Australian Defence Force Academy, located in the Australian Capital Territory. Our Kensington campus is just 15 minutes by express bus from Central Station, 30 minutes from Circular Quay and 15 minutes from Bondi Junction. With nearly 1,700 Express Bus services per week, the Kensington campus is easily accessible.

UNSW Kensington campus has everything students need including over 40 cafes and restaurants, two banks, four ATMs, a post office a supermarket, a food cooperative, a pharmacy, medical centre and dentist, two libraries, a fitness and aquatic centre, and sports fields and courts.

Work on your assignments at one of UNSW’s many indoor computer labs and outdoor study areas complete with power outlets to change your devices. Stay connected to family and friends with free Wi-Fi throughout the campus.

Arc is student association, run by students for students. Find out about parties and events, or get discounts from partner organizations, free legal advice, and assistance with finding a part-time job or volunteer work.

As a UNSW student, you will get access to free online resources, academic skills workshops, individual consultations with peer writing assistants, exam preparation tips and much more.

New students can apply to be matched with a Cultural Mentor prior to their arrival in Australia. The program introduces new international students to a senior student mentor who is available to answer questions about UNSW and Sydney before arrival.

You can also be matched with a peer mentor. This is a senior student from your faculty who can provide you with faculty advice and tips on how to adjust to student life in your chosen field.

As a student you can take advantage of a professional development program tailored to give a hands-on experience in a professional workplace. It includes a three-day seminar covering topics such as business communication, employer expectations and recruitment processes. Students are also offered the opportunity to complete a 50-hour workplace experience in offices located all over UNSW.

Univative is an inter-university consulting competition designed to enhance students’ employability skills by placing them in a real-life teamwork project with limited time and resources. Competing against other universities to solve actual business problems, students learn how to engage with real organizations and work with team members from differing backgrounds.

Lucy Turnbull, Lord Mayors of the City of Sydney